Freamhaigh concludes the Will Arbor storyline in the New Druids series of epic fantasy novels.

The realm of Belkin is now in open civil war. The southern county of Turgany rises up to try to defeat the self-proclaimed President and end his tyrannical rule.

Will Arbor, Freamhaigh to the druids, must find a way to counter the threat of Erebus. Gaea has been wounded and no longer responds to her druids. Meanwhile, the Sect of the Church of the New Order rises with greater power and threatens to destroy the unstable harmony of the Realm.

Will Arbor and the druids are all that stands between Erebus and the land of Belkin. As Freamhaigh, Will must be ready to sacrifice all he holds dear.

A speculative fiction series that explores the strength of reason, and the beauty of nature. Will Arbor, a young man ripped from his family, has raised himself in the wild and discovered his talents and a deep love of harmony and nature. He captures the joy of his journey to discover truths and his own strength in the face of adversity.

“Freamhaigh: The New Druids Series” is a story on how the last druid will try to change the world. A riveting suspense novel that will keep you guessing until the end. This novel is gripping, a long to-do series, and your perfect bedtime companion!

Get the intriguing series, full of actions and compelling characters.

“Must Read, if you fantasy you will love this book.” steve

“A magnificent ending to Will Arbor as leader of the new druids!” Lana Turner

Enjoy the series; Duilleog the first volume in The New Druids Series. The series continues with Craobh, Stoc, Freamhaigh and Cill Darae, Volume Five (coming 2019); all available on Amazon. 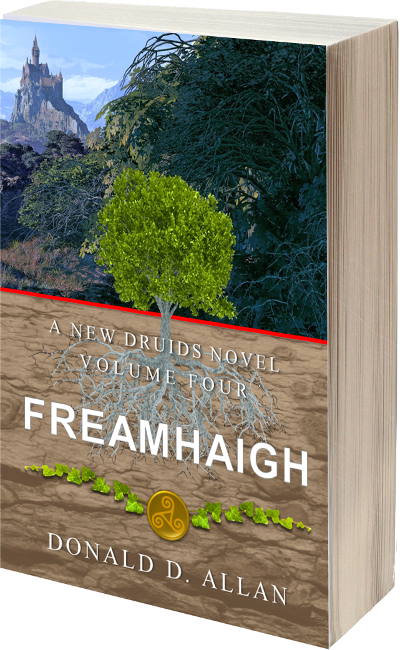 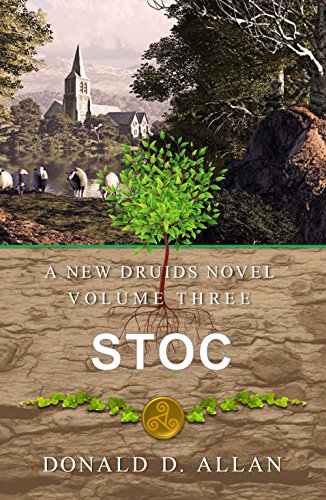 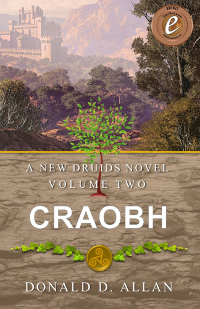 The Last Druid returns to the realm of Belkin and the powers of the draoi.

Will Arbor, the last of the druids, returns to his journey to locate and discover answers in the Draoi Manuscript. Will is thrown into the machinations of the Sect of the Church of the New Order and must fight to survive against powers that surpass his own.

The Lord Protector puts into motion events that will pit those who would protect the realm against those that would seize control over the minds and bodies of its citizens. Will Arbor will find unexpected allies as he struggles to understand the balance of magyc and where he fits into Gaea’s plans.

Return to Turgany County and the realm of Belkin. A quiet land quickly descending into chaos and turmoil.

Duilleog is the first volume in The New Druids Series and is available on Amazon. This is the second volume, Craobh that continues the voyage of self-discovery. The series continues with the third volume, Stoc. 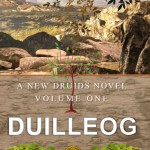 The Last Druid has just awakened his powers.

Visit a land where the druids have been eradicated and Gaea stands on the brink of wiping out mankind. Join Will Arbor as he awakens his legacy of druidic powers and begins a journey of self-discovery.

Enter a world where the Church of the New Order seeks to destroy this last druid, remove the Lord Protector, and regain their control over the lives of the people of the Realm. Witness the horrors that only men with greed and lust for power can unleash.

This is a series that explores the strength of reason, the beauty of nature, and the lies of religion. A young man, ripped from his family, has raised himself in the wild and discovered his talents and a deep love of harmony and nature. Duilleog captures the joy of his journey to discover truths and his own strength in the face of adversity.

Duilleog is the first volume in The New Druids Series. The next volume, Craobh, is due out Spring 2016, and culminating in the third volume, Stoc, in Spring 2017.