Dan Poynter believed in ebooks. He spoke about them since the early 90s. He sold them from his website since 1996. He read 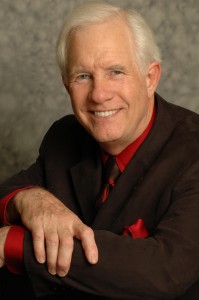 ebooks published by others and offered on major sites since the early 2000s. Initially, he read them on a Pocket PC. He enjoyedthem on an iPhone since the Kindle books became available for that device. All of his current titles are available as ebooks and are available at Smashwords, Amazon/Kindle, Booklocker, LightningSource, B&N.com, and many other ebook retailers. Dan read ebooks, he published ebooks and he spoke on ebooks. He loved them.

Dan knew ebooks better than anyone in the publishing business. He was an evangelist for ebooks, an ombudsman for ebook authors, an advocate for ebook publishing, and the godfather to thousands of successfully-published electronic books.

Dan Poynter was the author of more than 130 books, has been a publisher since 1969 and was a Certified Speaking Professional (CSP).

His seminars were featured on CNN, his books have been pictured in The Wall Street Journal, and his story has been told in The New York Times.

Dan traveled more than 6,000 miles each week to share, inspire, and empower writers, publishers, and professional speakers through keynotes and seminars. Thousands of best selling authors have profited from Dan’s advice.

“One essential ingredient to our Chicken Soup success was consulting with Dan Poynter in the early stages.”
–Jack Canfield, co-author, Chicken Soup for the Soul series

Dan said the time has come to recognize ebooks. They deserve publicity. So, he and his Team designed a system to honor ebooks. They are not just awarding ‘stickers” for the best in each category, they are designing a publicity program for each ebook entered. Their system will get the word out on your ebook to the global community.

Your ebook deserves to be known to its target audience to attract more readers. This program will do that for you and your ebook.