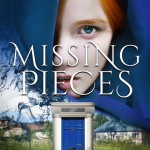 Mandi Wexler grew up in a dysfunctional household, suffering unspeakable abuse. As she grew older, she lost more and more pieces of her soul until at last she matured into a hollow, haunted shell of a human being. Now she is an abused automaton who bends to the will of vicious and evil men, shutting out the good in the world and resigning herself to a life of misery, giving up all hope of becoming the vibrant young woman she could have been.

Michael Skyler grew up in a military family, becoming used to never setting down roots, never alone yet always lonely, but never lacking for love and care. When he meets Mandi, he finds himself deeply drawn to her, even though he is hard pressed to explain why.

Mandi tries her best to drive Michael away, not wanting him to see the scars on her body and soul. But the more Michael pursues her, the more she finds herself falling for him. Yet winning Mandi’s love is not going to be easy for Michael, even if he can help free her from her self-imposed enslavement, for deep within Mandi lurks personal demons more menacing than any man ever could be.

Will Michael be driven away by Mandi’s dark secret, or will his love finally help Mandi replace the missing pieces of her heart?

“Beguilingly intelligent with a powerful moral dimension, Missing Pieces is the latest release from Michael Golvach. A slick and facile novel he is completely at ease with his narrative, never striving for effect but careful to be sure we get the message. There’s a humane sensibility always bubbling beneath the surface that’s simultaneously sympathetic and fiercely judgmental and one quickly gets the sense that there’s something needful and anguished going on, sometimes veering towards disturbing as we come to know more about Mandi’s abuse. Emotionally charged, Golvach’s characters are strong and believable as further aspects of their back stories are revealed and it’s to his credit that he achieves an equitable balance between show and tell. On this level it’s a chilling reminder of an unfortunate truth that no one comes away from severe childhood trauma unscathed and Mandi’s internal angst is handled with as much complexity as Golvach’s underlying theme.  A powerful and thought provoking read that will linger well beyond the last page, Missing Pieces is one of those novels you will want to talk about. Certainly deserving of a place on yourbookshelf it is strongly recommended.” (BookViral)

“There is only one word that describes this novel: “beautiful.” The story is so powerful and poignant that you can actually feel the pain deep inside you. You become one with the characters and that is a major gigantic star for the writer. The story is moving, the characters are strong, and you will simply love them for being the way they are. Many times, writers are not able to write really good dialogues, but in this novel they are on point, like REALLY on point. The characters are beautiful, the story is beautiful, and the cover of the novel is just perfect! You do not want to miss this one; it is a novel that will stay with you for a long, long, long time.”(Rabia Tanveer, Reader’s Favorite Reviews)

“Missing Pieces is a tender romance about letting go and getting second chances. I really enjoyed Golvach’s characters and the intensity that built between Michael and Mandi. I thought their slow burning love affair was really well written. I wanted Michael and Mandi to figure out a way to get together quickly, but having it take time (due to Mandi’s insecurities) helped build the tension in the story. I was really invested in their relationship’s outcome, and I thought that was a very smart way to build the tension. I also liked the fact that this romance talked about some darker topics not usually associated with contemporary romances. I felt Golvach brought an awareness that I, for one, really appreciated.” (Anna Smith – Reader’s FavoriteReviews)

“Many questions will come into readers’ minds while reading this story and that keeps them hooked till the very end. The author brings out the contrasting backgrounds and psyches of the main characters of Michael Skyler and Mandi Wexler effectively, and the rest of the characters complement the plot beautifully. The plot is fast paced and the detailed and vivid descriptions make the scenes, characters, and the events come alive. The story is sad, it’s tragic; it’s palpable and touches the hearts of readers. The story shows love beautifully and how everyone would like to have someone so caring, so loving, and so protective like Michael in their lives.” (Mamta Madhavan,Reader’s Favorite Reviews)

“I found Missing Pieces by Michael Golvach to be a very heartbreaking and emotional roller coaster ride, but also very complex and moving. Any time a book deals with trauma and abuse, it’s guaranteed to be a difficult read, but I think Golvach does an excellent job telling the story and describing the abuse in a very non-offensive way. The story is very emotional and raw, and it was heart wrenching to read about what Mandi grew up in and how it affected her life, even into later years. It’s a very sobering thing to realize that how we are treated when we are young has such a direct impact on our lives, all the way to adulthood. Mandi could have turned out so different if she had been loved and treated with respect in her childhood. The choices we and others make have lasting consequences.  I really liked the relationship between Mandi and Michael. They each had inner demons that only the other could tame. It was endearing to see how their relationship blossomed and grew as the story progressed. I would recommend Missing Pieces by Michael Golvach to all fans of romance and drama genres.” (Charity Tober, Readers’ Favorite Reviews)

“I really enjoyed Missing Pieces. It is an endearing romance about two completely different people who end up falling in love, and I loved that message. I also really liked that it touched on some darker issues, like Mandi’s childhood and the abuse that she suffered. You don’t always see that kind of intensity in romantic stories, but I thought Golvach handled it well in this novel. The darker parts of the story were woven in well and weren’t too dark, and there was always Michael’s character nearby to lighten up the intensity and give Mandi and the reader hope that the story would brighten up and take on a happier ending. Balancing the darkness and lightheartedness was a really smart way for Golvach to handle the story.” (Renee Taylor,Readers’ Favorite Reviews)