The Fire Inside Us 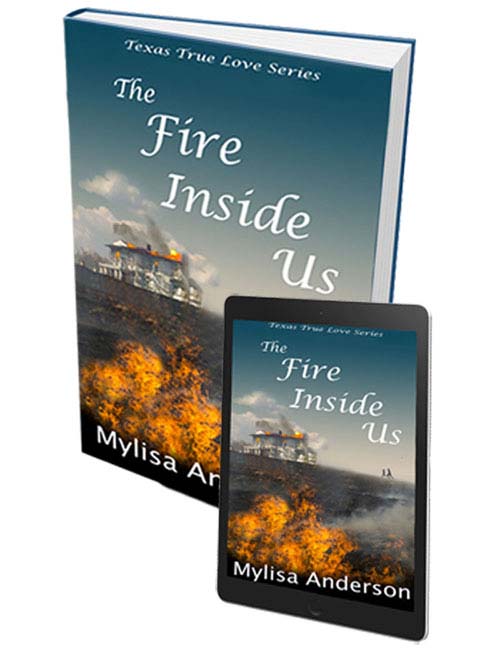 Alexa Tate has battled guilt ever since she left Louisville, TX in an air ambulance ten years ago. Time has healed her wounds, inside and out, or so she thinks. Now a successful journalist, an assignment to cover a destructive wildfire sends her back home. Alexa is confident she can handle a brush with the past until she crosses paths—and swords—with former sweetheart, Ben Harris. Sheriff’s Deputy Ben has unhealed wounds, too, and remains haunted by the circumstances that tore them apart. When the initial inquiry into the wildfire reveals a more serious crime, Alexa and Ben reluctantly join forces to investigate. In the process, Alexa discovers that while it may be too late for love, it’s never too late for the truth.