Return to Royalty (A Gexalatian Tale Series Book One) 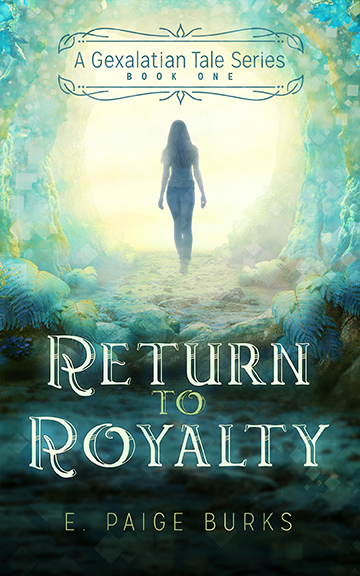 The exciting beginning to a new fantasy adventure series and First Place Winner of Draft to Dream 2016 in the Young Adult category! Read an excerpt here!

Nyx Estrella is a princess from Gexalatia, a world on the other side of a portal. Unfortunately, she has no idea. Sent to Lucky, Texas, when she was a baby to protect her from the evil King Paraximus, her biggest concerns are grades and seeing her friends. She has no idea that she possesses magical abilities and that her reality is about to become really strange.

Jet Lamia is a war prisoner, sent from Gexalatia by the queen, Liana Estrella, to bring Nyx back home to the kingdom of Ymber. The portal only opens on the winter solstice, so Jet finds himself trapped on Earth, trying to blend in. Fortunately, he has help in the form of the queen’s chosen assistant, Seth Alvar. But playing well with others has never been one of Jet’s talents.

It is a race against the clock to tell Nyx her true identity and try to train her, while also keeping her alive. Nyx and Jet struggle to defeat the assassins sent to kill them both, while trying not to kill each other. Can this duo put their differences aside and return to Gexalatia?