On the Edge of Now: Book V – Jagged Edge 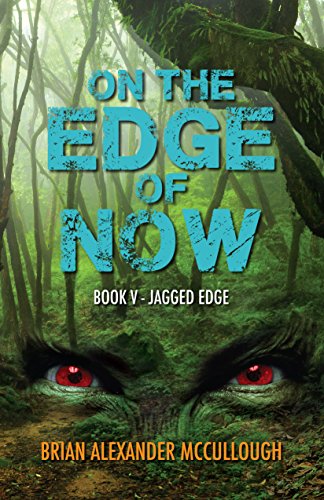 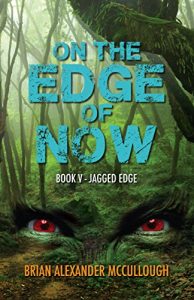 “They’re huge, easily half again the size of a normal human male—and, they’re bipedal as well as obviously intelligent,” Devin offered. “Or, they wouldn’t have gotten this far. They’re reptilian looking with green and brown coloring and wart-like bulges protruding from their skin. They appear to communicate with each other—although that’s not a big surprise.” He paused for a moment. “And, they seem to be mean sons of bitches. Did I miss anything?”Brian McCullough’s On the Edge of Now: Book V—Jagged Edge transports readers to a time and place where humans must forfeit their freedom, forever doomed to unspeakable slavery and personal atrocities. Immersed in a cruel, corrupt, conquered society, the Travelers find themselves face-to-face with the overlords of a massive, reptilian military whose sole purpose is to conquer the world. Armed with advanced Wave technology, the Lizards seek and destroy anything in their path—until they come face-to-face with Tag, Rose, Claire, and Devin. It’s only then things begin to change.