Jesus returns to earth and meets activist Magdalene who is fighting for a better world. He find an extremist ecological group, which is plotting to destroy a maize plantation it believes to be genetically modified. Then, he observes the rise up against a tourist development that is to be built in a forest reserve. Finally, he witnesses an armed conflict between blacks and gypsies. However, although he limits himself to accompanying Magdalene attempting only to pacify those on bad terms, even then Jesus is unable to escape the fury of mankind. And only a conman will recognize him. 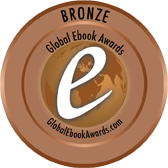