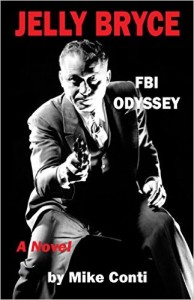 America at that time was in a restless, uneasy state. The devastating Great Depression had not yet ended and the world stood on the brink of total war. In addition to the threat posed by the Axis powers in Europe and Asia was the specter of the “Red Menace”–the Communist movement–at home. Many Americans, including Hoover, the head of the country’s fast-growing secret intelligence service, believed the Communists presented a “clear and present danger” to the United States and its way of life.

Initially recruited into the FBI by none other than Hoover himself to battle the well-known gangsters of the era, Jelly soon found himself embroiled in missions with international implications. To do his job and keep himself alive, he would need to rely on both his legendary gunfighting skills as well as what author John Steinbeck referred to as “the final weapon”–his quick, analytical brain.