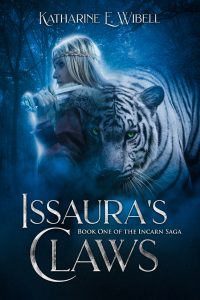 According to legend, when the world was young, the goddess Issaura appeared among men. Those who treated her with kindness received the gift of the gods—the ability to transform into an animal form. This was a great honor but one that separated this race from other humans. Before Issaura departed the mortal realm, she promised to return if her people were ever at the point of destruction.“Now a threat is rising from a land across the mists of the ocean, a threat that will push this race to the brink of extinction. Responding to the call to war, seventeen-year-old Lluava heads off to find her destiny, one that will carve her name in history.” The Kingdom of Elysia consists of two races: the dominant race of humans and the native race of Theriomorphs who can shift into animal form. Although law dictates equal treatment, they neither like nor trust each other. Now brutal and ruthless Raiders are approaching; there is only one chance to defeat them. An army must be raised and trained. An army where each human will be paired with a Theriomorph partner. An army that must fight as one to defeat their common enemy.Women are not warriors. However, Lluava is not like other women – human or Theriomorph. Her animal form is a magnificent beast whose power and fury she must learn to control. Although Lluava endures intense physical training and strives to overcome the doubts of the male recruits, she faces an unexpected adversary in the commanding general who seeks to break both her spirit and her body.At the paring ceremony, Lluava is humbled when presented with a unique and ancient weapon. Yet she becomes distraught and angry when her human partner is revealed. If they fail to trust each other, the consequences will be devastating. Death and destruction are on the horizon and time is running out.The Incarn Saga is a young adult fantasy series inspired by ancient myths, filled with fast-paced action and adventure, and enriched by an understanding of animal behavior that defines the shape-shifting Theriomorphs. 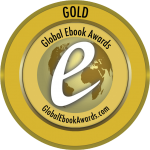 Epic eBook Awards for best Paranormal/Fantasy. The sequel Ullr’s Fangs is already published and the third book, Crocotta’s Hackles will be released this winter season. You can purchase Issaura’s Claws on Amazon here: https://www.amazon.com/Issauras-Claws-Incarn-Saga-1/dp/0998377902/