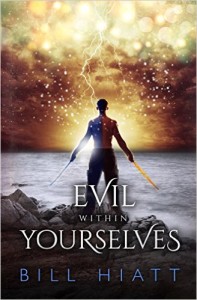 Taliesin Weaver has survived attack by vindictive witches, ferocious dragons, scheming faerie kings, and even angry ex-gods. Unfortunately, his enemies have not given up, and now they are scheming to destroy the foundation on which his success has been built: his friends.

One by one the people closest to Tal fall for tricks that lure them out of town, leaving them—and him—more vulnerable to attack. Even worse, some of them unwittingly succumb to temptations that tie them to Tal’s worst enemies and set them up to fail Tal when he needs them most.

Tal can no longer rely on his friends. Worse, he can’t even rely on himself. Unaware that the girl he thinks he loves has cast a spell on him, Tal finds himself having more and more trouble containing Dark Me, the evil alter ego that now wrestles him daily for control of his body. That situation is bad enough to begin with, but when a misguided faerie spell gives Dark Me a body and makes him indistinguishable from Tal by any means, scientific or magical, all Hell breaks loose—literally!