The Shadow of His Hand 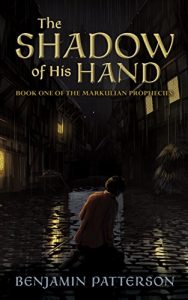 For centuries the oft-forgotten Unseen God has seemed distant and uncaring, but when the Realm is threatened by the all-conquering armies from Jerika, an ancient oracle is triggered. Now this foretelling is the only hope of salvation and its fulfilment lies in the trembling hands of a reluctant soldier, a princess and an infant marked by prophecy.

Set in a vivid medieval world, The Shadow of His Hand begins an epic struggle between good and evil, full of danger, romance and despair. Those caught in the grip of destiny will be required to sacrifice all, but even that may not be enough