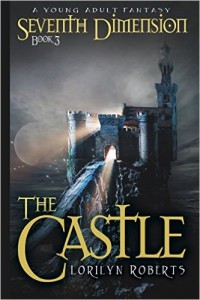 The Seventh Dimension Award-Winning Series continues in “The Castle.”

Haunted by a recurring dream of his missing father in a mysterious castle, 17-year-old Daniel is captured by the Romans and finds asylum in the Temple. There he discovers a scroll that reveals his future concerning a wager between good and evil.

But the stakes are raised when he witnesses the trial and crucifixion of Yeshua. The convergence of time with supernatural events creates a suspenseful ending and leads to the fourth and final book in the “Seventh Dimension Series, The City.”