A mystical forest … An ancient prophecy
A love that spans lifetimes 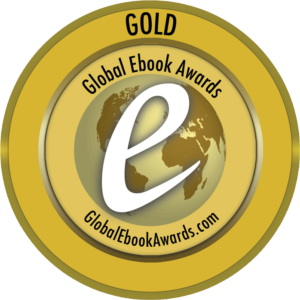 First in Sonya Deanna Terry’s two-volume Epiphany series, THE GOLDING is a captivating story-within-a-story that alternates between the work of an 18th-century author and the present-day lives of those who study his book.

Rosetta Melki, part-time tarot reader, struggling sole parent and full-time idealist, begins a reading group to examine a fantasy novel, and discovers the book to be anything but fiction. The book, written in the 1770s by Edward Lillibridge, is a hidden history that reveals the true beginnings of the global monetary system. Lillibridge’s tale surrounds ancients from a gold-obsessed empire and the sprites they oppress: intuitive clan dwellers whose currency of choice is kindness.

Whether discontent in rich and poor alike will ever make way for the Currency of Kindness, whether anyone can believe enough in humanity’s true ancient history to activate the dawn of a benevolent new era, remains to be seen, but the time-crossing sprites of Lillibridge’s descriptions have set their sights on Rosetta. Their attempts at providing a companion to assist in the quest they have planned for her leads to a clumsy introduction to Matthew Weissler, a feet-on-the-ground finance executive who is disturbed to find he’s being followed by an elf.

It would seem Matthew and Rosetta have nothing in common, and yet the sprites believe if the two work together, a renaissance known as The Silvering will occur. But someone from the empire of the past is intent on preserving Earth’s pattern of pain …. a Cycle of Suffering that only a love spanning lifetimes can quell.

A true delight. The unique dual storyline is such an interesting slant in story telling, and is very much worth the read.
Tracey A Fisher, Readers’ Favorite

Sonya Deanna Terry writes with a sure hand. She artistically weaves a huge amount of history, spiritualism, philosophy, and romance into a powerful tale of good and evil. Epiphany will appeal to anyone interested in arcane and esoteric subjects such as the tarot, dragons, ancient civilizations, lost histories, and reincarnation. These are very big subjects and many readers will learn a lot.
Ray Simmons, Readers’ Favorite

Every page has you wanting to turn to the next one to see what’s going to happen, and the whole story has been brought together very nicely. It is a highly entertaining book and I really look forward to the next installment.
Anne-Marie Reynolds, Readers’ Favorite

Sonya Deanna Terry has deftly and creatively combined two story lines, bringing them closer together as the book progresses until they actually overlap. While both are fiction, the two plots are taken from real life – greed, oppression, a struggle to survive and, as a balance, hope, love, faith and friendship. Epiphany has everything you want in a fantasy story – great characters, vivid descriptions of another place and time, believable present day action, and clear cut villains and heroes with a few surprises. Well worth reading for fun and for a subtle yet critical look at the future of the real world.
Melinda Hills, Readers’ Favorite

Sonya has a talent that literary agents refer to as the ability to “Spin some yarn.” As the pages began turning faster and faster, I was left wanting more. I cannot wait for her next book.
Stephen Fisher, Readers’ Favorite