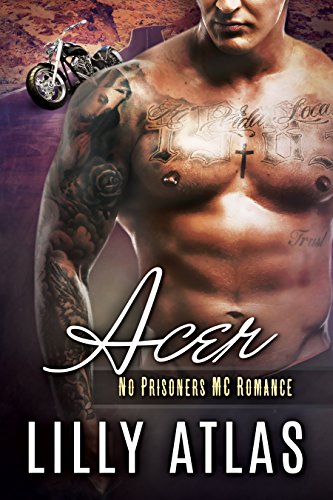 After one unforgettable night with a dangerous outlaw, Fia knows she must limit contact with the kind of man who could never fit in her wealthy circle. Unfortunately, she can’t keep their brief but passionate encounter far from her thoughts. When she seeks him out for reasons unrelated to their chemistry, the worst happens, and Fia is attacked by a madman. With her life turned upside down, she seeks help from the one person she can’t get out of her mind.

Betrayed by someone he should have been able to trust above all, Acer spends the next two decades of his life avoiding entanglements that have any chance of ending with a knife in his back. The MC life provides a safe way to have personal connections and loyalty due to its simple rule: betray the club and punishment will be severe. Still, he keeps a large part of himself locked away inside, hidden even from his MC brothers. When the woman who’s been messing with his head for months reappears in his life needing sanctuary, Acer jumps to her aid. He’s committed to help her reclaim her life, but determined to keep her at arms-length in the process.

As Acer and Fia fight their growing feelings, his club is in danger from a new and different kind of enemy. Will his refusal to put his full trust in anyone, including the woman he’s falling for, end up destroying more than betrayal ever could?