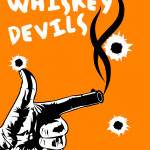 A fast-action crime thriller: Evan Powers has become the new manager in Nick Grady’s well-established marijuana growing operation. Led by his roommate and best friend, little has changed in Nick’s secretive business since the late ’60s, which is just the way the aging hippie would like it to remain. However, Nick’s complex past comes full circle, thrusting Evan in a scramble to decipher the truth behind the enigmatic lives of the people he holds dear. Deep in the woods, demons will be unleashed.